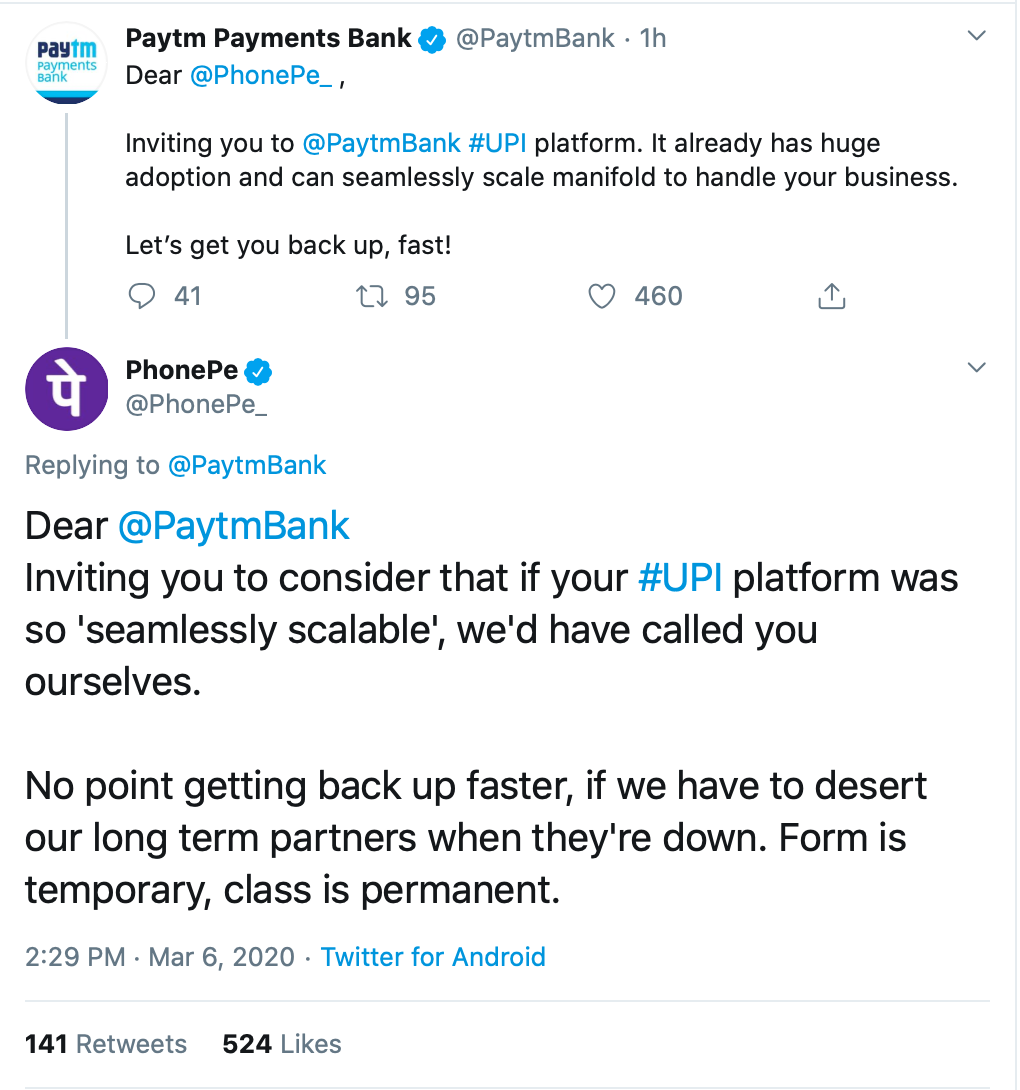 Tens of millions of merchants and users in India are struggling to make online transactions and use some of their popular services after the nation’s central bank seized control of Yes Bank, the fourth largest lender in the country.

The emergency takeover of the private sector bank has disrupted several financial startups that rely on it for facilitating services such as processing QR codes, and their point-of-sale terminals as well as transactions of UPI-based payments.

Bangalore-based PhonePe, owned by e-commerce giant Walmart, has been inaccessible to tens of millions of its customers since Thursday evening (local time). The startup said in a statement that it was working to restore its services, and has solved some of the issues for its merchant partners.

“We sincerely regret the long outage. Our partner bank Yes Bank was placed under moratorium by RBI. Entire team’s been working all night to get services back up as soon as possible,” said Sameer Nigam, founder and chief executive officer of PhonePe, which is used by more than 175 million users.

In a tweet, Nigam said the startup had multiple redundancies in place, but “never imagined [that] the bank itself would go totally dark like this. Lesson learnt in the hardest possible way. But we’ll come out stronger and more robust.”

BharatPe, a startup that helps merchants, was also facing outage, some merchants said. Its problems were limited, however, as it also relies on ICICI Bank, another large private sector bank in the country.

Udaan, a Bangalore-headquartered business-to-business e-commerce platform, said it had asked buyers and sellers on its platform to not use the startup’s QR code service, which is powered by Yes Bank.

Tens of thousands of users in India have reported issues accessing another dozen of popular services.

New Delhi took over Yes Bank midnight on Thursday, after the Reserve Bank of India said it had no alternative but to implement measures to replace the private sector firm’s board and temporarily restrict withdrawals and suspend all other transactions for the next 30 days. Yes Bank has struggled for months to raise capital to improve its financials.

Some of these aforementioned services are only partially impacted as they work with a range of partners to support many payment options for their customers.

Most impacted customers are those who are attempting to use UPI payments option, an infrastructure built by a collation of banks and used by more than 100 million users, on these platforms are hitting the wall.

Yes Bank’s own internet banking service has been down, too, since midnight Thursday.

In the meantime, PhonePe and its chief rival, Paytm, were gracious enough to find a moment to play 4D chess in public: