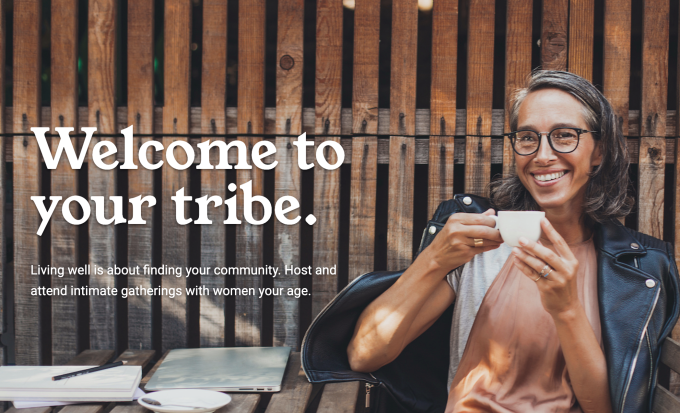 Hello and welcome back to Startups Weekly, a weekend newsletter that dives into the week’s noteworthy news pertaining to startups and venture capital. Before I jump into today’s topic, let’s catch up a bit. I’ve been on a bit of a startup profile kick as of late. Last week, I was tired from Disrupt. Before that, I wrote about up and coming telemedicine company Alpha Medical.

Remember, you can send me tips, suggestions and feedback to [email protected] or on Twitter @KateClarkTweets. If you don’t subscribe to Startups Weekly yet, you can do that here.

Y Combinator’s latest batch concluded two months ago, which means my inbox is beginning to fill with pitches from companies ready to talk about the first rounds of fundraising. We’ve profiled many of the companies already, like Tandem, Narrator, SannTek Labs and more to come.

This week, I have some notes on Revel, a recent grad from the hot accelerator network that plans to create a nationwide subscription-based network tailored to women over the age of 50. The startup’s founders, Harvard Business School graduates Lisa Marron and Alexa Wahl, say there are no good existing options in the market to help women in this demographic foster new relationships.

“I think a lot of the things that exist are nonprofits that are a little antiquated now,” Marron tells TechCrunch. “I think we saw that those are really serving the need of our members’ parents’ generation, but they haven’t really adapted as much to the modern age.”

Women 50 years and older can become a member of Revel. For now, the service is free, though the company plans to charge a $100 annual fee in the coming months. Currently, Revel’s community includes 500 women. With a $2.5 million funding led by Forerunner Ventures’ Kirsten Green, the small team plans to expand within the Bay Area. They said they won’t begin establishing Revel outside the region until they raise a Series A.

It’s hard to imagine women will stay committed to paying an annual Revel membership, considering the real value comes from the company’s ability to facilitate introductions to like-minded women. Once those introductions have been made, women can discontinue their membership and develop relationships outside the service. Forerunner Ventures, however, is known for backing successful and prominent brands, like Glossier, Warby Parker and Outdoor Voices. My guess is Revel has ambitions to become the brand representing women over 50 seeking meaningful connections.

“We want to take this wide in a short number of years because we feel there is a need and opportunity to build this strong community for women of this age; venture capital in that sense was rocket fuel,” adds Marron.

Extra Crunch subscribers have a lot to chew on this week. Reminder, if you haven’t yet signed up for our premium content service, you still can here.

This week, I wrote about the importance of having a culture expert on staff at a venture capital firm. Increasingly, startups are being judged for their cultures, diversity of staff and more. VCs, for the most part, are unprepared to help their companies foster more inclusive environments, and that’s a problem. One firm, True Ventures, has taken a big step toward holding their companies accountable for culture and giving them real resources to help them improve things early. I talked to True Ventures’ Madeline Kolbe Saltzman about her new title, VP of Culture.

I took a break from Equity this week, but my co-host Alex Wilhelm was in studio with IPO expert James Clark. Listen to the excellent conversation here.

Equity drops every Friday at 6:00 am PT, so subscribe to us on Apple Podcasts, Overcast, Spotify and all the casts.